Celeboid
Home Actresses A Look At Farrah Fawcett’s Long Dating History, Who Has She Dated?

Farrah Fawcett was a popular actress who became famous especially for her role as Jill Monroe in the TV series “Charlie’s Angels”. Farrah was a beauty in her time and had already had many relationships behind her. She was born on February 2, 1947, in Corpus Christi, Texas, as Ferrah Leni Fawcett. An actress, model, and artist, Farrah is the second daughter of Pauline Alice Fawcett, a housewife, and James William Fawcett, an oilfield worker.

She began her early education at the Parish School of the St Patrick’s Roman Catholic Church in Corpus Christi, which she and her parents attended, and then attended John J. Pershing Middle School in Houston, Texas. Fawcett continued her education at W.B. Ray High School in Corpus Christi, where she was voted the most beautiful student by her classmates in first, second, and third grade, and in middle and high school.

Farrah Fawcett became famous when she posed for her iconic red swimsuit poster, which became the best-selling pin-up poster in history with 12 million copies sold. She began her acting career by appearing in films such as Logan’s Run, Sunburn, and Saturn. She was nominated for four Emmy Awards and five Golden Globe Awards.

Farrah Fawcett – Dating History, Who Has She Dated?

Farrah Fawcett was a beauty and had many male admirers around her. She was in and out of relationships and had quite an interesting long dating history. Let’s find out who she went out with.

Fawcett went out with Lee Majors in the late 1960s and they married in 1973 but separated again in 1979. During the course of their relationship, they had no children.

Farrah Fawcett had a love affair with actor Ryan O’Neal. They were together for a number of years (15 years) and later broke up. Their relationship produced a son named Redmond James Fawcett O’ Neal who was born in 1985. Ryan and Farrah had gone in and out of their relationship after their separation.

On June 22, 2009, the Los Angeles Times and Reuters reported that the actors Ryan O’ Neal and Fawcett had agreed to marry as soon as she was strong enough from her illness, but unfortunately, Farrah died before they could plan a wedding.

The Canadian filmmaker James Orr was in a relationship with Farrah Fawcett. He was the author and producer of Man of the House, in which Fawcett starred alongside Chevy Chase and Jonathan Taylor Thomas. James Orr is said to have beaten Fawcett during their relationship, which led to their separation. Orr was arrested, charged, and later convicted of beating Fawcett in 1998. 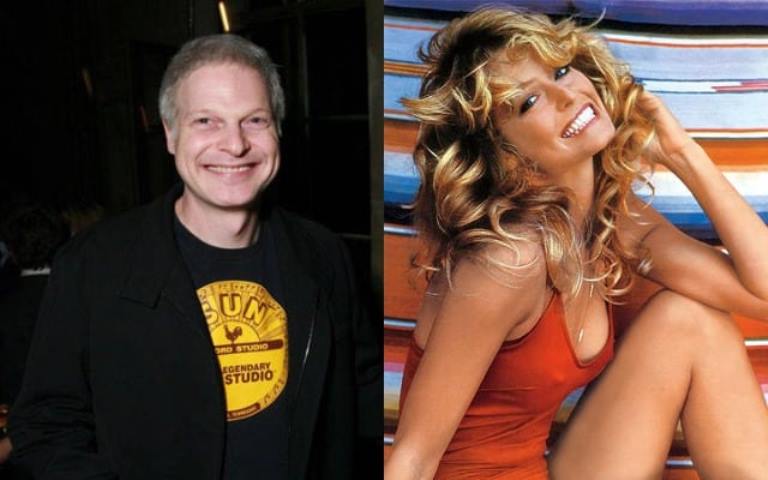 In 1997, Farrah and Steve Bing, a real estate tycoon, allegedly went out with each other. According to the information gathered, Bing was about to buy Farrah Fawcett a mansion, and ask her to marry him.

Arpad Busson and Farrah dated for a short period from July to August 1982.

Mark Burg was Farrah’s agent, and it was reported that Farrah dated her agent from 1999 to 2000.

There was also a rumor that Farrah and Jeff Bridges were having an affair in 1977 when they made the movie “Somebody killed her husband”.

Farrah Fawcett was allegedly in a relationship with tennis professionals, Martin Barba in 1998, and Ron Duguay. She was also involved with Mick Jagger, a musician, actor, and one of the founding members of the Rolling Stones.