Celeboid
Home Musicians Anna Clendening Wiki, Family Life And Other Details To Know About The...

Anna Clendening is a singer and guitarist who made her name when she first came on stage to audition for America’s Got Talent 2014. Although it wasn’t easy for her to come on stage to sing, she managed to establish herself as one of the best singers of the audition. Since then she has continued with her music and has been able to secure a good following in social media. Here is everything worth knowing about her.

The pop singer was born on 12 March 1993 in Chapel Hill, North Carolina. There she was raised by her parents together with a half-sister and two brothers.

Her life took a serious turn when it was discovered that at the age of 14 she was suffering from depression and severe anxiety, which repeatedly triggered panic attacks and kept her from doing normal things or even leaving the house. During these fights, she found a way out of her struggles with the help of music.

Although most people know her story through her America’s Got Talent Audition, her story began long before that. She began to make a name for herself on Vine, where she was able to win over 2 million followers. On the platform, she shared her music, which many people liked.

Her massive presence on Vine and the talent she showed in the songs she uploaded got her an invitation to the talent audition show. During the auditions, the singer and guitarist were too shy to come on stage, so Nick Cannon had to lead her there. Soon after she started singing Leonard Cohen’s Hallelujah, she lost her fears and won the admiration of both the audience and the jury, which gave her all the “yes” she needed to succeed.

Unfortunately, Anna Clendening did not make it past the quarter-finals of the show. Nevertheless, she had already created a good starting position for herself and her music so that she didn’t have to fight so hard to get her music accepted afterward.

That’s why she released songs that not only revealed her talent more than ever but also won fans for her all over the world. Among the works she has published was Who You Are (2014), which she released together with Kurt Hugo Schneider. This was followed by album 2 (two), on which she worked with Tyler Ward. She released To My Parents (2016) and U n Me (2018). Before that, there were Boys Like You (2017).

At the time when she was struggling with depression and anxiety disorders, what Anna had besides her music was her family. In fact, her parents, Michael S. Clendening Sr. and her mother took her to America’s Got Talent Casting. As mentioned earlier, she also has siblings, including Carrie Clendening.

Although she lives in Los Angeles, her family is in North Carolina, and she often moves there, especially when she has a panic attack.

Other Details To Know About The Singer

In the past, followers have had a number of relationships. The first person she met with was James Francis, who, like her, was also a vlogger and singer as well as a comedian and gamer. The relationship, which became very popular in social media, began in 2014 and ended in 2015 when both went their separate ways after a chaotic separation. 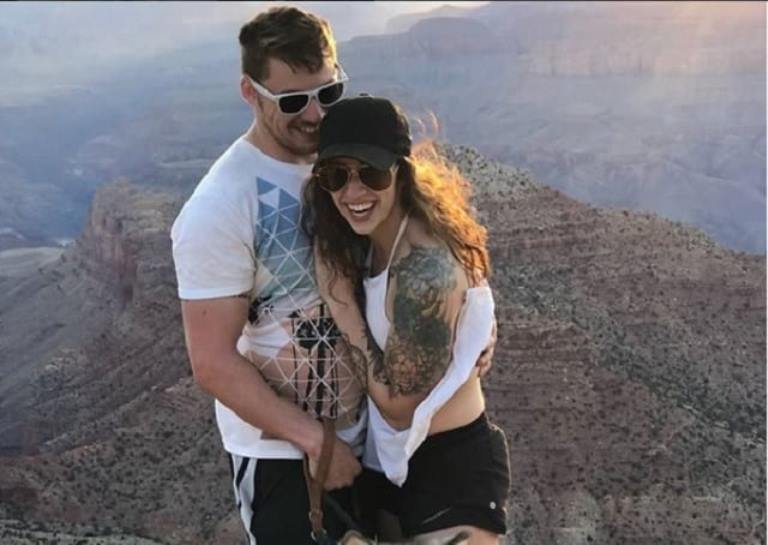 After the relationship ended, she started dating Shawn Moore. Although not much is known about him, Moore also suffers from almost the same problems as Anna, as he reveals that he also suffers from some psychological problems. Both have not failed to show their pictures on social media and express their love for each other.

Anna Clendening founded her YouTube channel in 2008, and by 2018 she had already had over 66 million hits from the over 600 thousand subscribers she has. The first video she put on the channel was in 2012, and it was a cover for Wagon Wheel.

Is Graham Patrick Martin Gay Or Does He Have A Girlfriend?...

Eugenie Boisfontaine Wiki, Husband And Ex-Husband, Who Killed Her?

Who Is Joshua Jeffords? His Wife’s Relationship With Fletcher Cox

Who Is Elise Stefanik? Here Are Facts You Need To Know...

Zoey Burger Biography: 5 Facts You Need to Know About The...