The amazing celebrity Wendy Schaal is a popular American actress and dubbing artist who is best known for her outstanding performances in movies and television series. She is the daughter of the remarkable American actor Richard Schaal, who was famous for his appearance on the Mary Tyler Moore Show.

Since the beginning of her acting career, Wendy has appeared in so many movies. She has also appeared as a voice actress in the Seth Macfarlane series Family Guy and in American Dad.

Wendy K. Schaal was born on July 2, 1954, in Chicago, Illinois in the United States. Her parents are popular Hollywood celebrities; the late actor Richard Schaal and his first wife Lois Treacy. However, there is not much information about their childhood, parents, and educational background. But there is no doubt that the famous actress received a high-quality education, which has contributed to the enormous success she has enjoyed since the beginning of her acting career. 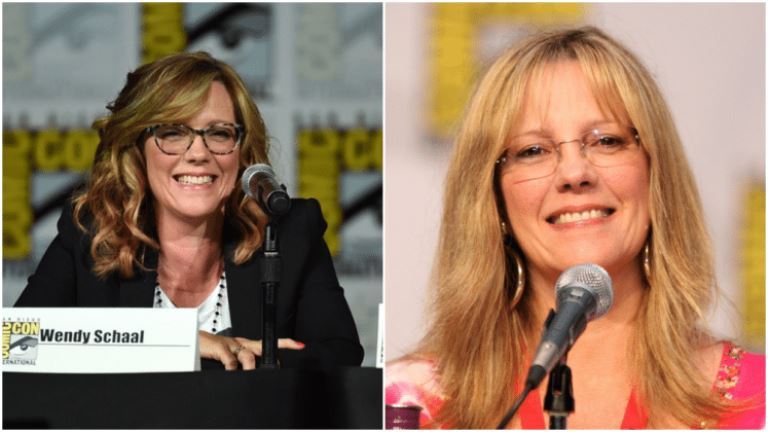 There are so many interesting facts to know about the multi-talented actress. Below are five quick facts about Wendy Schaal.

5 Fast Facts You Need To Know About Her

The multitalented actress married her long-time friend Stephen M. Schwartz. The couple had a wonderful relationship, which was later sealed in 1977 with a marital bond. Their love blossomed for about ten years, and when things started to go wrong, the two went their separate ways. They divorced in October 1987. The marriage produced two children, and Wendy has never remarried. Not much is known about her husband Stephen and his later ventures either, he has always kept a low profile throughout his life, and there was no information about him anywhere on the Internet.

The star actress Wendy K. Schaal began her acting career in 1976 when she took part in the movie called Bound for Glory. Her brilliant role in this movie made room for other important roles. She subsequently played the role of the Lorraine woman in the 1979 film entitled Record City as well as Little House on the Prairie. Wendy’s breakthrough came in 1980 when she starred in the reality television series entitled It’s a Living. She played the recurring role of Vicki Allen in the series. Her other television series include Strike Force in 1982, Knight Rider and The A-Team in 1985, Macgyver in 1986, Almost Almost Departed in 1989, Friends in 1997, and The X-Files in 2000.

As with the series, Wendy has starred in numerous films including Innerspace 1987, The Burbs 1989, My Girl 2 1994, Small Soldiers 1998, Holiday in the Sun 2001, and Loving Annabelle 2006, to name a few. She is currently a regular voice actress for Francine Smith in the television series American Dad, Night of the Hurricane, and Family Guy.

In addition to acting, Wendy Schaal is also associated with the World Wildlife Fund, the Sierra Club, the Wilderness Institute, and Greenpeace.

Wendy and Schwartz together had two sons named Adam Schwartz and Victor Schwartz. There is not much information about their two sons on the Internet. Wendy always kept them away from the prying eyes of the media. She prefers to find a balance between her professional life and her private life.

ALSO READ: Jessica Vanessa Biography, Family Life and Other Facts To Know About Her

4. She was a One-Time Stepdaughter of the Gorgeous American Actress named Valerie Harper

You may wonder what the connection is between these two. Well, Wendy’s father Richard Schaal married three times, and after divorcing his first wife, Wendy’s mother, he married the popular actress Valerie Harper in 1964. However, for the time of their marriage, the couple had no children; Valerie adopted Wendy and educated her as her own natural child. Later, in 1978, Richard and Valerie went their separate ways. After their divorce, Richard married Tasha Brittain, and Valerie married Tony Cacciotti in 1987.

The amazing actress is very beautiful and has a wonderful personality. Wendy has body measurements of 32-34-35 inches; she is 1.50 m tall and weighs 54 kg. She has blond hair, brown eyes and her cup size is 32B.

Sarah Baska Bio, Age, Where Does She Live? Here Are The...

Amanda Nunes Bio, Record, Is She Gay, Who is The Girlfriend...

Who is Sarah Shahi’s Husband – Steve Howey, Her Childhood and...