William Levy has come a long way from appearing on reality TV shows in Telemundo to becoming one of the most popular actors in the telenovela industry. His first big breakthrough came in 2007 in Carla Estrada’s film Pasión.

Levy has been widely acclaimed by English-speaking audiences in America, after finishing third in Dancing with the Stars in the 2012 season. He played the role of J Lo’s love interest in her music video for I’m Into You, which was released on May 2, 2011, on NBC’s Today. Here is everything you need to know about the Cuban-American entertainer known as the Latin American Brad Pitt.

Levy was born William Levy Gutiérrez on August 29, 1980, in Cojimar, Havana, Cuba. His middle name Levy is that of his maternal grandfather, who was Jewish. Levy’s mother Barbara raised him as a single mother. In search of greener pastures, Levy emigrated to the United States at the age of 14 and attended Barbara Goleman Senior High School, where he excelled in baseball and received a baseball scholarship to St. Thomas University. Levy studied business administration at the school for two years before dropping out to pursue a career in the entertainment industry.

In the following years, Levy studied acting in Los Angeles, Miami, and Mexico City. His career officially started in 2003 when he started modeling for the agency Next Models. He subsequently became one of the candidates for the reality TV shows Isla de la Tentación and Protagonistas de Novela 2, both of which were broadcast on Telemundo.

In 2006 he made his Spanish language television debut in Mi Vida Eres tú and Olvidarte jamás. He made his big breakthrough in Pasión and consolidated his presence with the leading role in the soap opera Cuidado con el Angel, which was a huge rating success for Televisa. Levy’s next television film hits were to include Sortilegio, Triunfo del Amor, and La Tempestad.

After his success with Dancing with the stars, where he took third place with his partner Cheryl Burke, William Levy became more visible to English audiences in America. Some of his Hollywood movies were to follow: Tyler Perry’s The Single Moms Club, Resident Evil: The Final Chapter, The Veil, and others.

William Levy has been very successful in his career. The spreading of his tentacles in front of the English-speaking audience in America has undoubtedly boosted his career and earned him more money. His net worth was estimated at 18 million dollars.

William Levy has maintained a long-term, occasionally recurring relationship with the American actress Elizabeth Gutiérrez Nevárez since 2003. Although they have never been officially married, the couple has formed a family together and are the parents of two children. On many occasions, tabloids have reported Levy’s infidelity to his longtime partner. One such case occurred in 2014 when the couple separated allegedly because of Levy’s relationship with Ximena Navarrete, his co-star in La Tempestad. 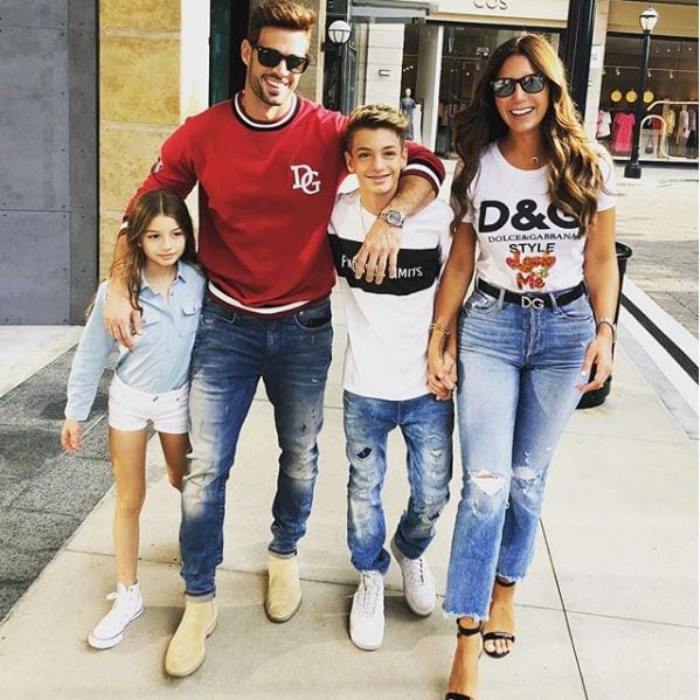 Rumor has it that Navarrete confessed her relationship with Levy to her close friends before it spread. The rumors would later intensify after the two were spotted chilling out in a hotel in Miami. Despite the rumors, Levy and Elizabeth proved to be an inseparable couple over the years. In early 2017, rumors surfaced online that Levy had an affair with Mexican actress Jacqueline Bracamonteback in 2009 after they had appeared together in a soap opera.

In recent years, the couple has become increasingly silent about what is going on in their love life. Their son Christopher Alexander, born in March 2006, plays baseball. In March 2017, his father revealed through an Instagram post that he was on a local team called Clutch Miami that won a baseball championship. Their daughter named Kailey Alexandra was born on March 6, 2010. Levy is incredibly infatuated with his children and frequently writes about their individual achievements online. The family of four lives together in Miami, Florida.

No! William Levy is far from being a gay man, as his relationship with Elizabeth Gutiérrez proves. However, many began to question his sexuality after he told Fox News in a 2014 interview that he was open to taking on gay roles. Levy did not imply that he was gay, but just said he wanted to build his brand and not just be seen as the good-looking model-man.

Allison Stokke Bio, Net Worth, Relationship With Rickie Fowler, Where Is...

Pink (Singer) Biography, Husband, Net Worth and Facts You Need To...

Jawed Karim Biography, Net Worth And Wife of The YouTube Co-Founder

Is Mina Kimes Married, Who Is Her Husband? 5 Facts You...

Who is Maren Morris – The Country Music Singer, Her Wiki,...