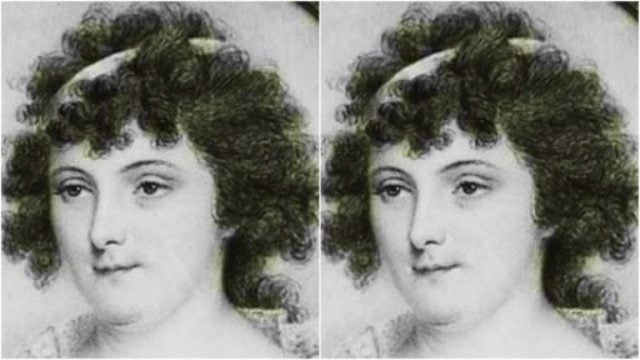 The Schuyler family was one of the most prominent families of the mid-1600s. One of their daughters, Margarita Schuyler Van Rensselaer, popularly known as Peggy Schuyler, was always on everyone’s lips in her youth. Peggy’s life spanned from September 19, 1758, to March 14, 1801, and although she died at the age of 42, she remained in the memory of posterity as a woman who lived a full life.

Peggy was born on 19 September 1758 as Margarita Schuyler Van Rensselaer. She was born into the prominent family of Philip Schuyler, a general in the Continental Army, and Catharine Schuyler (née Van Rensselaer). Peggy was the third daughter of seven siblings and was born in Albany, New York.

Peggy was married to Stephen Van Rensselaer III, Elizabeth Schuyler Hamilton and Angelica Schuyler Church were her older sisters, while Philip Jeremiah Schuyler was her brother. Alexander Hamilton and John Barker Church were her brothers-in-law. Peggy’s family belonged to the wealthy Dutch landowners in Albany in the mid-1600s. As a result, Peggy had a comfortable childhood, receiving her basic education and home education from her mother. The Schuylers family attended the Dutch Reformed Church in Albany, as did other Dutch families of the time.

ALSO READ: Who is Tuesday Weld and Where is She Now?

Peggy lived a full life, as a member of the powerful Schuyler family she had wealth and a position at her disposal. Peggy Schuler and her siblings led a privileged life and were always on everyone’s lips. After her controversial marriage to Stephen Van Rensselaer III, then the tenth richest man in America, Peggy Schuler fought for an even higher place in society. She gave birth to three children, but only one survived – Stephen Van Rensselaer IV, who later became a major general in the militia.

Unfortunately, Peggy Schuyler fell ill in 1799, and with the onset of winter 1800 her condition worsened, and she kicked the bucket at the age of 42 on March 14, 1801. She was buried at the Van Rensselaer estate, but her body was later exhumed and transferred to the rural cemetery of Albany, where she was reburied.

Other Facts About Peggy Schuyler

Peggy is the third daughter of Phillip Schuyler, a war veteran and esteemed man who was selected by the Continental Congress as a Major General. General Phillip fought victoriously in the Battle of Saratoga. Peggy’s mother was Catharine Schuyler, a descendant of the Van Rensselaer family, whose life spanned from 1734-1803. As the daughter of a prominent family, Peggy enjoyed as much respect as a woman could in her day.

One cannot speak of the wealthy large landowners in Albany in the mid-1600s without mentioning the Schuyler family. They are of Dutch origin, both Peggy’s father Phillip and her mother Katharina came from very powerful and respected families, and the Schuyler family was heavily involved in the politics of the time. They consorted with many prominent people such as George Washington and Thomas Jefferson. The Schuyler sisters were very popular because of their elevated position in society. Today they are often referred to like the Kardashians of the 1700s. Although Peggy was not always mentioned, she was as great as her socialite sisters.

Peggy was called Margarita Schuyler Van Rensselaer at birth, so her real name was Margarita. Instead of taking a real first name like her other sisters Elisabeth and Angelica, she preferred to be called Peggy. Meggy was actually the real nickname for her birth name, but over time the name changed to Peggy.

Peggy was described as a lively and lovable personality. She is remembered as a person whose presence can light up a room and who has a personality that cannot be overlooked. The socialite is very human and would always think of others first. She even once risked her life for her little sibling when a riot squad made an attempt on her father’s life. When she realized that the baby was left alone downstairs when the Schuyler Sisters tried to run for her life, Peggy was the only person brave enough to go back downstairs to get the baby back, even in the face of danger. Peggy managed to save the baby, but she barely escaped death at the hands of the scavengers.

Peggy Schuyler married her distant cousin Stephen Van Rensselaer III, who was much younger than her, in June 1783. Stephen was 19, while Peggy was 25. There was much talk about the marriage of Stephen and Peggy, and the lovebirds had to elope in order to marry in peace. Stephen was then considered the tenth richest man in America and a powerful landowner. By getting married to Stephen, Peggy made a brilliant marriage and also secured herself an enviable position.

Peggy’s marriage was blessed with three children, but she lost two of them as infants. Her only surviving child was Stephen Van Rensselaer IV, who served in the New York Militia after graduating from Princeton University in 1808. Stephen retired from the military with the rank of Major General.

Who Is Meg Turney? 5 Facts You Need To Know About...

Who Is Marina Joyce (YouTuber), Is She Dead, Was She Really...