Sarah Vivan is an American radio personality known in Georgia for her work with various radio outfits. Her career in radio began in 2012 and since then she has held a variety of positions, including program assistant and on-air personality.

Although it is her work as a media personality that has made her famous in some circles, she has become even more famous because she is the baby mama of American rapper Lil Wayne. More than that, the two were once engaged and wanted to get married before they finally canceled.

On August 17, 1987, the radio personality Sarah Vivan was born in Cincinnati, Ohio. Her parents, Jammie Ballew and Christina Tran gave birth to her. She is of Vietnamese descent and grew up alongside her two sisters Elisabeth and Jayde Mauldin. The sisters are said to be quite close.

When she started, her first choice in life had nothing to do with the radio. She actually wanted to become a stylist, but when she went to school to study it, she realized that the passion for it was gone. Her boyfriend then advised her to consider a career as a radio personality, advice she followed, and which has now changed her life.

For her education she went to the University of Cincinnati where she studied fashion, hoping to become a stylist. She was there from 2005 to 2007, and after she later decided to become a media personality, Sarah Vivan went on to study Radio and Television Broadcasting Engineering / Technology at the Atlanta Broadcasting Institute. She was there for just one year, from 2010 to 2011.

After her training, she completed an eight-month internship at Clear Channel Outdoor Global between 2011 and 2012. She later moved to iHeartMedia, where she worked as a program assistant for four months. From 2012 to 2016 she worked at Streetz 94.5 FM as an on-air personality, and much later in 2018 she moved to Get Engaged Media, where she still works as Director of Partnerships. She has her show Shade 45 – Streetz Is Watchin, which she hosts on SiriusXM. She has hosted the show since 2015.

Sarah Vivan puts her life as a family woman above everything else she is involved in. She is a mother of two children, a boy, and a girl, around whom she builds her world.

Her first child, Essence Vivan, was born in 2005 from a friend whose name is not mentioned. After Essence was born, Sarah, who still lived in Cincinnati, later met Lil Wayne in a nightclub after one of his concerts. The two became friends and soon after they started dating. 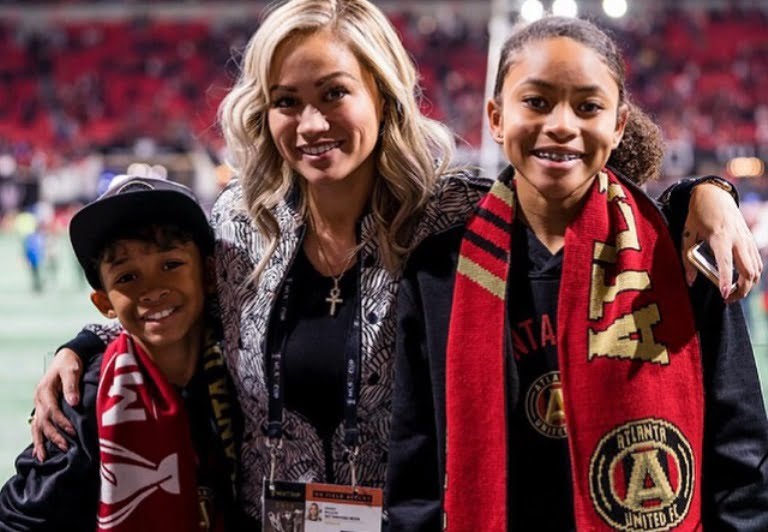 In 2008, the radio personality gave birth to her second child Dwayne Michael Carter III, who is also Lil Wayne’s second child. Along with other family members, the child is known as Lil Tuney.

Although Wayne and Sarah became engaged in 2007, their paths later parted. Nevertheless, they remain, friends, as they raise their children together. Vivan always shares her image with her children on their social media platforms.

1. She loves to talk

Like most other on-air personalities, Vivan really loves to talk. In fact, this is the main reason why her friend advised her to think about a radio career after she lost interest in becoming a stylist. Her friend believed that she would do good in this respect because she loved talking.

2. How she met Lil Wayne

The on-air personality first met Wayne in 2005, and on the day their paths crossed, she celebrated her birthday in a club where the rapper also gave an after-party for his concert in Cincinnati. At the time, Wayne was still married to Toya, who was his wife from 2004 to 2005, having been together since 1996.

3. She is not the only baby mama of Lil Wayne

Although Sarah Vivan is the mother of Lil Wayne’s eldest son, she is not the rapper’s only baby mama. His first child, Reginae Carter, was born in 1998 by the woman who later became his wife, Antonia Wright. His third child, Cameron Carter, was born to him by Lauren London. He also has a daughter, Neal Carter, with Nivea.

Who is Layla Kiffin And Where is She Now? Biography, Divorce

David Coverdale Bio, Wife, Daughter, Age, Where Is He Now?

Rupert Grint Bio, Net Worth, Is He Related To Ed Sheeran,...