David So is a man of many talents. He is a comedian, actor, singer, writer, and producer. And oh! he is enormously interested in food. Originally he gained fame through the funny videos he published on his YouTube channel called DavidSoComedy.

This channel had over 1.4 million subscribers and over 200 million viewers in May 2018. David has his own channel DavidSoMusic, which is dedicated to his love of music. Here is what you need to know about him.

David So Bio (Age and Other Background Info)

David So was born on 30 March 1987 in Seoul, South Korea, as Inguk David So. When he was 2 years old, his parents moved with him to Sacramento, California. In Sacramento, his parents soon started a black/Afro-American beauty supply business, where David began working from the age of 4.

David attended Florin High School, which is part of the Elk Grove Unified School District. His funny side showed up very early in his life. As a child So dreamed of becoming a musician one day. When he turned 16, he began to take his comedy skills seriously by performing standing up in clubs in Sacramento.

But So’s passion for music did not get in the way of his education. After his high school graduation, he attended the University of California in Riverside. His stay at the school was short-lived as he soon transferred to the University of Sacramento. So broke off his education about a couple of years before graduation to focus on moving his comedy career to the video-sharing platform YouTube, which had already begun to gain ground by then.

In early 2011 he launched his DavidSoComedy channel. David started with contributions in two main segments, namely “Krumpty Dumpty”: True Life Stories Trailer” and “David So Stand up Comedy Clips! The channel has since recorded other segments such as “Living Out Loud”: Live Vlogs, Funny, Fat Fit describing his journey to lose weight, Sketches/Sketches/Shorts, Heart to Heart series, Bloopers, and more.

On his DavidSoMusic channel, David releases his covers of songs as well as his own original music. By May 2018, the channel had approximately 150,000 subscribers with over 9 million views. DavidSoMusic was actually David’s first YouTube channel. It was launched on October 3, 2010, while the more popular DavidSoComedy was launched on January 28, 2011.

In addition to his contributions to his own channel, David was featured as himself on television shows, most notably “The Comment Show”. Between 2011 and 2014, So portrayed numerous characters in the mini-series “JustKiddingFilms”.

David So was involved in his first major film project “Gook” in 2017. So created the film together with his friend Justin Chon, and both had leading roles in the film. The film, inspired by the riots in Los Angeles in 1992, was a surprise success. It had its premiere in January 2017 at the Sundance Film Festival.

Since the project, David So has revealed that he would be more interested in acting. He created an 8-part web series with star comedian Kevin Hart.

Popularity often goes hand in hand with wealth, and for David So the case is no different. Besides minting coins as a youtube star, So has branched out into other areas outside the entertainment industry. He is co-owner of the clothing line Scrt Society, the dairy product Drips and Swirls, and the tea producer Weare Sip.

With all these efforts, So really is raking in the dough, but it is not certain what his net worth might be. Some unconfirmed sources put it at $5 million.

David So has a longstanding relationship with a certain Mariel Song. So in the beginning the information about his love life kept away from his fans because his relationship with Song was still on the founding level and he was not willing to deal with the judgments and criticism of the fans.

But he could only hide from the fans for so long. Finally, he revealed who his girlfriend was in an Instagram posting and later went on YouTube to talk about how he had met Mariel. 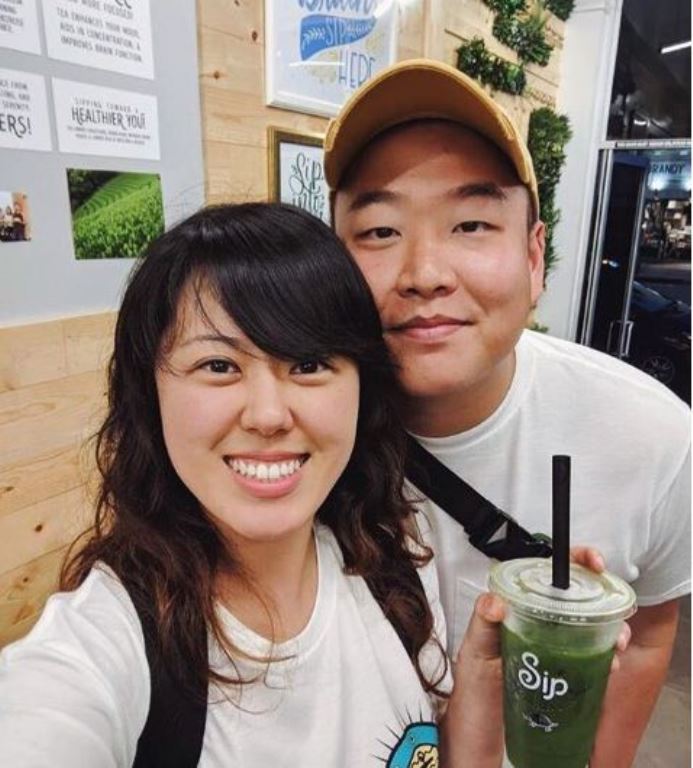 In this video So revealed that he had met Song “through one of his friends”. Before the big announcement, So had shown Mariel in one of his sketches for a commercial in which she played several characters. Dave said the quality that appealed to him about Song was her weirdness and quirkiness.

As for David’s family life, he has an older brother who works as a nurse. David has the same birthday as his mother.

David’s weight doesn’t make his tall height immediately apparent. It may shock you to learn that he stands at 6 feet 1 inch tall, which is 185 meters.

Who Is Sean Stephenson, His Wife (Mindie Kniss), Family, Bio

Who Is Kelly Slater Dating? Here’s A List of Ex-Girlfriends He...

Bazzi Bio, Age, Height, Net Worth, Facts About The Singer

Who Is AJ Michalka, What Is Her Relationship With Aly Michalka?

Who Is Yvette Mimieux? Biography, Age, And Quick Facts