It is virtually impossible to talk about Deborah R. Nelson-Mathers without referring to Eminem, the phenomenal American rapper (Marshall Mathers III) who is considered the rap god in various parts of the world.

There are several factors that have contributed to making Eminem the extremely famous and successful rap star that he is. Aside from his witty and subtle lyrical ability, which is encrusted with amazing rhymes, the rapper is most admired for his energy and audacity in saying things that people normally shy away from. Apart from that, Slim Shady’s reputation for insulting those with whom he still has a score or two to settle in his songs precedes him.

From former American presidents like George W. Bush and Bill Clinton to other superstars like the late Michael Jackson and Lady Gaga, Marshall has spared a few of his lyrical lashes. Unfortunately, his ex-wife Kimberly Anne Scott and his mother Deborah R. Nelson-Mathers cannot make a list of the few. In Eminem’s denigration of the two ladies, it was his disrespectful criticism of his mother that became a story of great public interest. 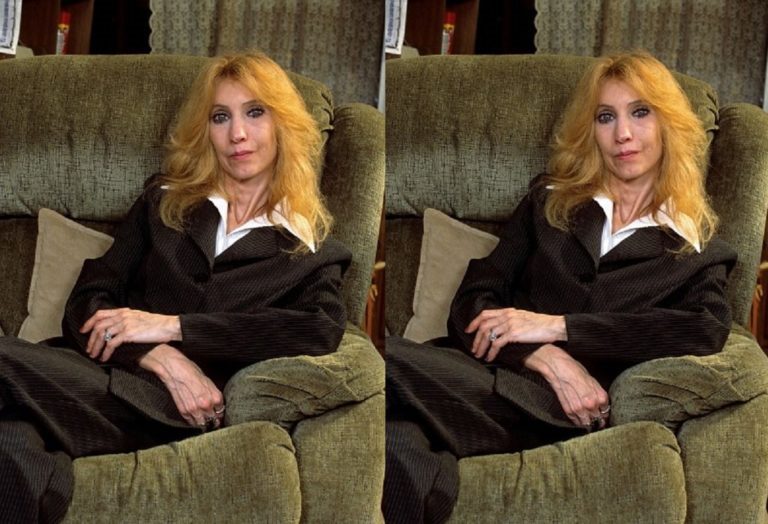 When the rapper promised his mother in one of his songs – Cleanin’ Out My Closet (2002) – to make her “look so ridiculous”, he made it clear that he would “never dis his own mom just to get credit”. Eminem continued to blame Deborah for his drug problems in a song called My Mom on his 2009 Relapse album. The song began with Marshall singing about his mom’s love of “Valium and lots of drugs” and announcing that he is who he is because he is like her. The “Mom and Son” drama continued until the rapper released his eighth studio album – The Marshall Mathers LP 2 – in 2013. In one of the songs (Spotlight) Eminem apologized to Deborah. He admitted that he had disappointed his mother, declared that he didn’t hate her, and assured her that he would always love her from afar.

ALSO READ: Who is Allison Chinchar? 6 Quick Facts You Need to Know

There is more about the relationship between Eminem and his mother, but before we plunder this story further, let’s take a brief look at the life of Deborah R. Nelson-Mathers.

She was born on 6 January 1955 by Bob Nelson and Betty Hixson. It is said that the woman also known as Debbie Mathers Briggs was married to four different men and that her last husband is John Briggs.

Deborah is not her parents’ only child. Some of her famous siblings are Ronnie Polkinghorn, Todd, Betty, and Steven Nelson. If you dig into Debbie’s past, you will inevitably discover that her parents split up when she was tender. You’ll also discover that she had a difficult childhood and coped with a suicidal mother and abusive stepfather.

Because of the problems in her family, Debbie was unable to get any further education. She was a 15-year-old high school student when she began a romantic affair with Marshall Bruce Mathers II. The romance between Deborah and Bruce soon led to the birth of a son who would grow up to be a celebrated hip-hop artist. But the connection didn’t last long, Bruce left Deborah and Eminem, who was only 18 months old.

Deborah had another son, Nathan Kane, who is quite famous as a musician. Nathan was sired by Fred J. Samara. It is known to the public that Deborah is a drug addict thanks to the clashes between her and her son.

At some point, things got so bad between Deborah R. Nelson-Mathers and her son, the rap star, that she had to drag Eminem into court for allegedly slandering her in his songs and interviews. For this, she demanded 10 million dollars in damages.

The defamation lawsuits that Deborah had filed against Eminem earned her only $1,600.

In 2008, Debbie published a memoir that she called My Son Marshall, My Son Eminem. In the autobiography, she claimed that Eminem’s songs were not a reflection of his life. In her opinion, the story of his life as told in his songs are lies invented to drive him to fame. While Deborah reported that she regretted allowing Eminem to say the things he had said about her without speaking up earlier to expose the statements, she stressed that she was not angry with him, but only sued him to get support and end the foreclosure of her home.

Right now, Deborah R. Nelson-Mathers and Marshall Mathers III still feel alienated from each other, but they have developed a mutual respect for each other.

No, she’s not dead. Deborah is very much alive and well. Ignore any information out there that suggests otherwise.

Omar Epps Bio, The Wife (Keisha), Net Worth, Is He related...