Celeboid
Home Media Personalities Nikki Limo Profile And Everything You Need To Know About The YouTube...

Nikki Limo is popular for a number of reasons, including being an actress and an Internet personality. Over the years her popularity has grown not only because of the interesting and meaningful vlogs and sketches she publishes on her YouTube channel, but also because of her acting efforts. She is known for her roles in movies and series.

Nikki Limo was born Nicole Alexandria Limosnero Greene on November 2, 1986, in Santa Barbara, California. Very little personal information is known about her mother, father, and siblings. We also took from one of her YouTube sketches that she has a brother.

Even though we don’t know the names of her parents, we do know that they appear on her channel quite regularly. It is quite obvious that she loves and adores them. Her parents also seem to be such loving and uncomplicated people who take things (jokes) well.

Nikki created her YouTube channel of the same name on August 1, 2007, and uploaded her first video two weeks later. Currently, the channel contains a number of vlogs and sketches like Nikki in Real Life, Collabs, Tags, and Challenges!, Thirsty Thursday, Tasty Tuesday, Tutorials, Hauls, and Reviews. That’s not all, she also has a self-help series, Audition Fail and #@AskLimo.

The Tasty Tuesday series includes the presentation of her culinary skills. She impresses her fans with recipes and cool cooking tips. Occasionally, Limo also produces cooking items for special dietary needs such as vegan and vegetarian meals. For “Thirsty Thursdays” she uploads a video showing how to mix cocktails for herself and her colleague and husband Steve Greene from YouTube. On St. Patrick’s Day (2008) she handed out recipes for three simple green drinks for the day.

Nikki has over 532,000 subscribers to her YouTube channel. She also has accounts on other social media platforms with many fans and followers. With over 126,000 followers on Instagram, the cyber star could brag about having 35,000 fans on Twitter and over 53,000 likes on her Facebook page.

Things You Need To Know About The YouTube Star

Nikki Limo made her Hollywood debut as an actress in 2009 with the television film Homeless. She then moved to Los Angeles to further her acting career. YouTuber has played several roles in films, including Stacy in Smiley and Daphne in Mischief Night.

She has also appeared in several web series such as Status Updates, Funemployment, Totally Sketch, and BlackboxTV. Lady Limo is also known for her appearance in Talking Fruit from Hell, Shane Dawson’s television show, and her role in the movie How I Met Your Mother (2012). 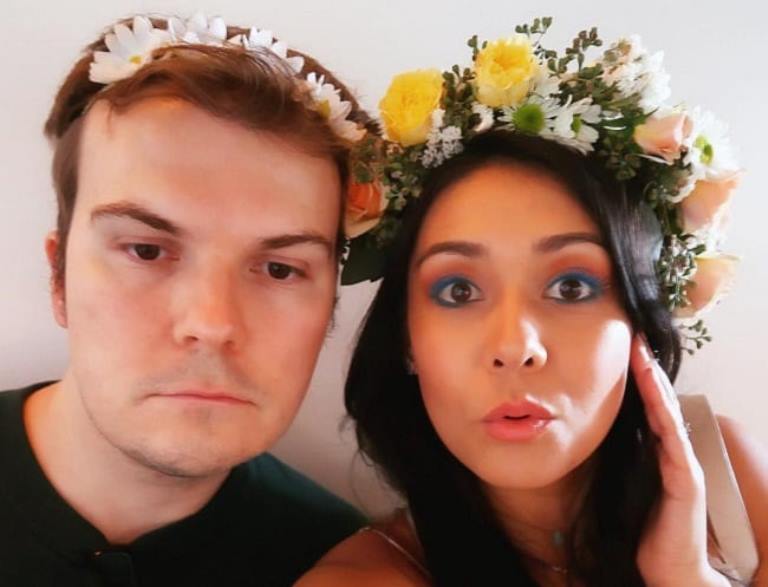 Nikki Limo is married to Steve Greene, an American YouTube personality. Greene was born on August 27, 1985, in Indiana, USA. He is known for his self-proclaimed YouTube channel.

As far as we know, the two started dating on June 10, 2013; during this time they appeared on each other’s channels and after a while started living together. Steve proposed in a very exciting way on their birthday, November 2, 2015, and on May 28, 2017, they entered into the bond of marriage.

Their wedding ceremony took place at the Santa Barbara Courthouse, Santa Barbara, while the reception was held at the Cabrillo Arts Pavilion, Santa Barbara. The duo intended to spend their honeymoon in the Caribbean, so they made a honey fund list. This included basics like flight, accommodation, food, drinks, sightseeing tours, shopping, golf, spa for two, and much more.

Height and Other Facts About Nikki Limo

1. The YouTube star is 6 inches taller than 5 feet (168 cm) Her build is average, she has black hair and dark brown eyes.

2. Nikki is a lover of cattails and cocktails.

3. She joined Twitter in March 2009, and her biography on the platform is “I just want to do a good job”.

4. Her birth sign is Scorpio, she is half Filipino and half white.

5. Nikki Limo works a lot with other YouTubers like Megan Batoon and Grace Helbig

6. In 2015 the YouTube star appeared in @midnight by Comedy Central.

Liz Vassey: 5 Facts You Need To Know About The American...

Who Is Huma Abedin, What Is Her Salary, Net Worth, Son,...