Celeboid
Home Sports Who Is Joshua Jeffords? His Wife’s Relationship With Fletcher Cox

Fletcher Cox, the Philadelphia Eagles’ defender, was always in the headlines when it came to questions and discussions about the biggest sporting event in the USA until recently when his name hit the headlines for the wrong reason. In November 2017, North Carolina-born Joshua Jeffords accused the NFL player of seducing his wife and having a torrid affair with her, which ultimately led to the ruin of his once-happy marriage.

However, Cox denied having ruined Jeffords’ marriage. In his opinion, what he had with Catherine Cuesta Jeffords was not the result of seduction, but of mutual understanding between two adults. He added that Cuesta Jeffords never told him that she was married. Here are the details of the story.

Who Is Joshua Jeffords?

The name Joshua Jeffords first came into fashion and became known online after he filed a lawsuit against NFL player Fletcher Cox accusing him of seducing his wife Cuesta Jeffords into a relationship with him, thereby ruining her marriage. 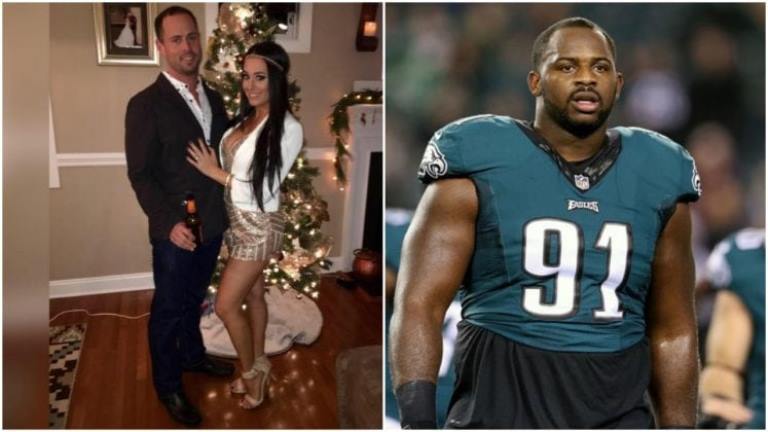 The couple formed the alliance on August 31, 2014, in Charlotte, NC. They had no child(ren) together, but Josh has a daughter from a previous relationship.

His Wife’s Relationship With Fletcher Cox

In the lawsuit filed in the civil court of the district of Mecklenburg on November 22, 2017, Joshua Jeffords sued for alienation of affection, claiming that his wife of over three years had violated a state law against “marital misconduct” by having an affair with the NFL player.

Jeffords claimed that their marriage ran smoothly until Cox came along and ruined the whole thing. According to the suit, Fletcher and Cuesta already met in April during one of their business trips to Philadelphia and met each other, and after they returned to North Carolina, she continued the affair by text message.

According to reports, Jeffords confronted his wife to ask her not to pursue Cox on Instagram. Jeffords claims she blocked him instead and moved to the Philadelphia area where Cox owns a house.

The Philadelphia magazine received several text messages which actually showed that Cox and Jeffords’ wife were sending each other X-rated messages and even talked about having babies. In one of the text messages, Jeffords’ wife referred to Cox as “Boo”. In another, Cox sent her a picture of his penis.

Joshua reportedly suffered significant emotional distress, was admitted to a psychiatric hospital, and demanded $50,000 in damages.

Fletcher Cox and his lawyer kept the whole matter quiet, but when Cox finally spoke, he set things right. The Eagles’ player said his relationship with Jeffords’ wife was not the result of seduction but the result of mutual attraction, which both agreed to.

Cox said Cuesta Jeffords never told him she was married. As for the text messages, the professional bowler admitted to having had explicit text conversations with her, including telling her that he wanted to get her pregnant, but he denies having sent her photos of his genitals.

In order to solve the case of alienation of affection (A.O.A. ) in North Carolina, the plaintiff must provide one of the following evidence: that the malicious acts of a third party led to the alienation of affection between the couples involved and maliciously, since the point is accepted if there is evidence of sexual intercourse between the parties to the detriment of the plaintiff; that there were genuine love and affection between the party involved and her spouse; and thirdly, that the love and affection were alienated and destroyed.

Josh has not really been able to prove any of this. Cox’s lawyer has filed a motion with the civil court of Mecklenburg to dismiss the case because there was no real love or affection between Catherine and Jeffords. The court was also asked to get Joshua Jeffords to pay his lawyers for their services.

Jeffords was accused by many of exploiting Cox’s status to try to exploit him, but his lawyer Christopher Adkins came to his defense and made it clear that the NFL player’s social and financial status had nothing to do with the reason they were suing him.

It has not yet been confirmed whether or not the two are still together, but if they are, they probably still keep it low at the moment. We just have to watch and see what time reveals in this matter.

Cara Delevingne’s Dating History: A Guide To All The Men and...

Who Is Sean Penn Dating? Here’s A List Of His Ex-Boyfriends...

Who Is Gunilla Hutton? Here Are 6 Quick Facts You Need...

Billy Zane Bio, Net Worth, What Has He Been Doing Since...