In the film industry, it only takes one career-defining role in a film to make it a star. This is the case of Gale Harold, who played the gay guy named Brain Kinney in the TV series Queer as Folk, which was broadcast between 2000 and 2005.

Without a doubt, the series set the actor on the road to fame and pushed his rise in Hollywood.

Who Is Gale Harold?

Gale Harold comes from Atlanta, where he was born on July 10, 1969. He attended South West Dekalb High School and then Lovett School, where he completed his high school education. He then studied at the American University in Washington on a soccer scholarship and graduated with a degree in romance literature from the Liberal Arts. To continue his education, he studied photography at the San Francisco Art Institute in San Francisco, California, and graduated with a diploma in Romance Languages and Literature.

Gale began with various menial jobs such as bartender, waiter, an apprentice in a motorcycle mechanic’s shop, and a construction company. It was a friend of his named Susan Landau, the daughter of actor Martin Landau, who suggested he try his luck in acting around 1997, which he stuck to and made his theater debut in the series Me and My Friends as Bunny. His film debut was the movie 36K in 2000, while his television series debut was also in the popular series Queer as Folk in 2000. 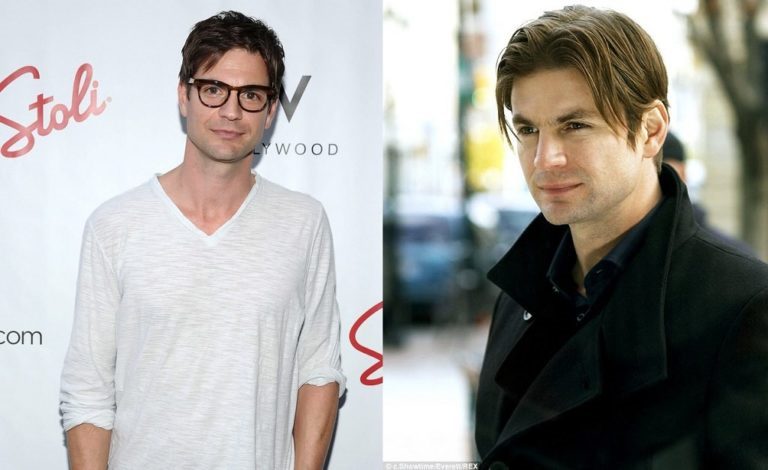 Other popular films and series in which the actor has appeared include Echo Park, Passenger Side, series Hell Cats, and Grey’s Anatomy.

The queer as a folk star is said to have been born of a father who was an engineer; his mother was a real estate agent. Not much is known about his family, apart from the fact that his parents were pious Pentecostals who raised him alongside his younger brother and older sister under strict religious guidance. However, at the age of 15, Gale stopped participating in church activities.

The actor, who is a staunch supporter of the LGBT community and whose fame is linked to his character as a gay man in Queer as Folk, was suspected to be gay from several sides. However, this is not true. In a video that he recorded to encourage gay teenagers to remain true to themselves, the actor made it clear that his reason for supporting the LGBT community is that he has very close people who are gay and he has never said that he is one of them.

Also from the history of his past romantic relationships, it can be said that his sexuality is heterosexual, as he only had affairs with women. So Gale Harold is a completely heterosexual man whose interest lies in women. Although he is currently single, he has shown no signs of coming out as gay.

Wife or Girlfriend, Is Harold Married?

The talented actor is currently single, but the ugly breakup with his ex-girlfriend Danielle Saklofsky has made the headlines. Her situation in totality reinforces the saying – “between love and hate the line is narrow”. The two were apparently typical love birds, but things went wrong when Gale obtained a restraining order against Danielle in 2014. If the duo already had problems with their affairs, the restraining order caused even more enmity between the two.

The actor revealed that his ex-girlfriend was aggressive and tried to hit him with a glass filled with coins. There was also an incident outside a restaurant where Danielle tried to physically abuse him, screaming that she would never let him go but would destroy him.

Danielle also had her side of the story, claiming that Gale slapped her and forcibly pulled her ponytail. It was said that the two even argued about Danielle’s body measurements in court, which made many wonders if their separation had nothing to do with physical characteristics. The court finally ordered that if they happened to be in the same vicinity, they should keep a distance of 100 meters between them.

Before meeting Danielle, the actor had dated the beautiful TV actress Yara Martinez around 2011. Their separation was a mystery to many, as no one knows what happened to their love.

George Papadopoulos Wiki, Wife – Simona Mangiante, Why Was He Jailed...

Who is Jemima Kirke Husband? The Kids, Family Life, Tattoos and...