Lean Back, What’s Luv?, Make It Rain, All the Way Up. are songs that would immediately remind any hip-hop lover of Fat Joe, the American rapper from New York who entered the rap scene in the early 1990s. Although not much of his music has been heard in recent years, he still manages to remain relevant in the entertainment scene. The four-time Grammy nominee is also active as an actor and podcast host. Follow us as we reveal some details about his career as well as facts about his private life.

Fat Joe was born on August 19, 1970, as Joseph Antonio Cartagena in the Bronx, New York City. His father is Cuban and moved to the USA to lead a better life and help his 10 brothers. He would eventually earn enough money to move to the USA with his entire family. Joeseph’s mother is from Puerto Rico.

After being introduced to rap music by his brother, Fat Joe began recording as part of the group D.I.T.C. in the early ’90s. His first record deal was with Relativity Records, under which he released his first album Represent. Fat Joe became well known with his fourth album Jealous Ones Still Envy (J.O.S.E.), which featured big names such as Ja Rule, Ashanti, R. Kelly, Busta Rhymz, and others.

Like most hip-hop rappers, he had many run-ins with the law. In 2013, he was behind bars for three years because he owed the IRS over $3 million in back taxes. In addition to his music, Joe has starred in a number of movies, including Happy Feet (2006) and Night School (2018). Starting in 2017, he appeared in the television series She’s Gotta Have It.

ALSO READ: Anna Clendening Wiki, Family Life And Other Details To Know About The Singer

He grew up in a family that managed to get through the day. As a young boy, Joe was forced to steal just to support his family. As a teenager, he was introduced to rap music by his brother Andre. Joe and his brother were influenced by the culture of the Zulu nation. Andre attended the events regularly and brought cassettes with songs from the event to introduce young Joe.

Although Andre introduced his brother to music, Fat Joe later became more popular. In addition to Andre, another man whom Fat Joe often referred to as his brother was his fellow Latino rapper, Big Pun. Although both show a striking resemblance, they are not related by blood.

Big Pun and Fat Joe met in 1995, and Pun made his debut on Joe’s second album Jealous Ones Still Envy. Big Pun struggled with weight for most of his life, and in February 2000, at the age of 28, he lost his life to a heart attack. Fat Joe often pays tribute to him.

For two decades Fat Joe has called only one woman his wife, and that is none other than Lorena Cartagena (née Milan). She is also known as Lola.

Fat Joe raved about her in social media, and while celebrating her on Valentine’s Day 2017, he referred to her as his backbone. Unlike Joe, his wife Lorena is not in the entertainment business and very little is known about her. We looked around her social media sites and discovered one thing she adores so much – her family.

The couple lives with their three children, including sons Joey and Ryan and daughter Azariah, born in 2006. Ryan is an aspiring rapper. Of Fat Joe’s two sons, his first son Joey, who has autism, is the one who has aroused great interest.

Fat Joe is a private friend of Joey but occasionally goes to his social media to post sweet words about him, which has earned him the praise of many. Joey was born in December 1992, while Ryan was born three years later in 1995. In a 2010 interview with UrbLife, Fat Joe revealed how he got Joey at a time when he was very young and not ready to have children. The boy’s mother was not there for him, so Joe had to raise him with his parents. 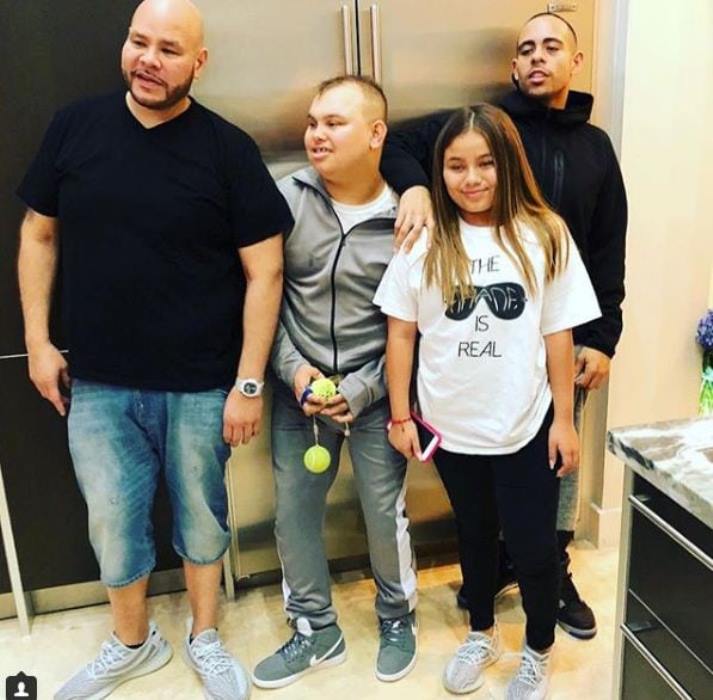 With over 1.5 million albums sold worldwide, Fat Joe is, without doubt, one of the most successful rappers of his time. He has released 10 studio albums and 22 singles. His most successful album to date is the 2001 Jealous Ones Still Envy (J.O.S.E.), which was awarded platinum by the RIAA. Although Fat Joe also earns money as an actor, his music remains his biggest moneymaker. His net worth is estimated at 5 million dollars.

Height And Other Quick Facts

Who is Gina Carano and Her Husband or Boyfriend, What is...

Who is Richard Dawkins, What is His Net Worth? His Wife...

Max Scherzer Bio, What Happened To His Eyes? His Stats, Contract,...

Who Is Boxbox, Who Is The Girlfriend, Is He Gay, Here...