Over the years, there have been numerous arguments for the statement that talent is inheritable. While in many cases this does not seem to be the case, as some children are not able to live up to the standards set by their parents, in some other cases, such as Paige Howard the statement seems to be true as she and her siblings continue to work to live a lasting legacy in Hollywood, just as her father did. Read on to learn more about her father, her career, and other accomplishments.

Paige Carlyle Howard was born on February 5, 1985. The beautiful actress, who is of Irish, English, Scottish and German descent, was born to instant fame due to her father’s status in the industry. She is the daughter of Cheryl Alley and Ron Howard, the critically acclaimed Hollywood director.

Although her father is a filmmaker, ironically, Paige Howard and her siblings were not allowed to watch television until the age of seven or eight.

As they grew up, the Howard children were cared for by many people who would later become celebrities – an enviable advantage when you have a famous father. One of these people who looked after them and their siblings was Hollywood royalty, the actor Tom Cruise. 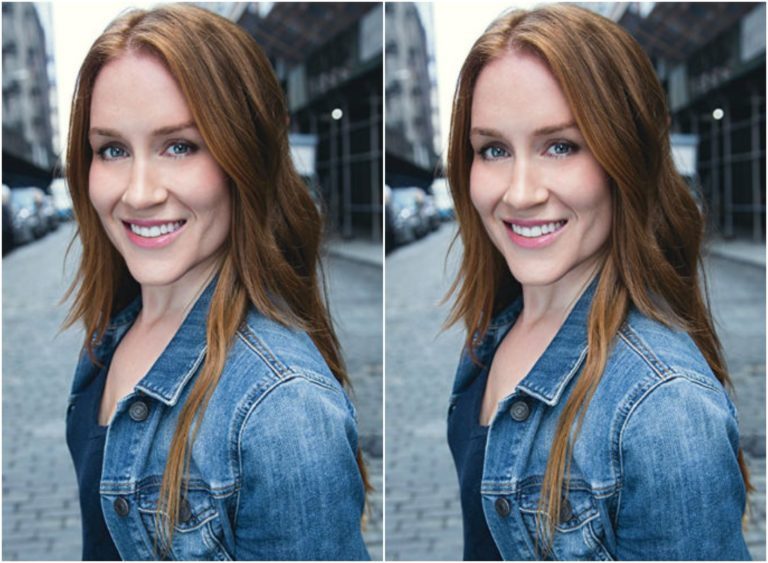 Being born into a famous family can be intimidating, but Paige Howard seems to be holding her own well enough. After attending and graduating from New York University’s Tisch School of the Arts, where she was a classmate of actors and actresses like Nelson Franklin, Renée Felice Smith, and Lauren Silvi, she made her professional stage debut in New York City at the Vineyard Theatre, where she played the title character in J.M. Barrie’s play, Mary Rose. Throughout her career she has been cast in several television shows, including Medium, 90210, Happy!, Arrested Development, and others.

However, she did not make her feature film debut until 2009 when she appeared in the comedy film Adventureland as Sue O’Malley. The critically acclaimed film also starred Kristen Stewart, Ryan Reynolds, Jesse Eisenberg, Bill Hader, Martin Short, and Kristen Wiig.

Other films she has starred in include Cheesecake Casserole, Virgin Alexander, and The Employer, a psychological thriller for which she was named Best Supporting Actress at the 2013 Los Angeles Movie Awards.

Paige Howard does not limit herself to the traditional means of acting – film, television, and theater – but is also known for her leading role in the web series StalkTALK.

Other Facts About the Paige Howard

As already mentioned, Paige Howard comes from a famous family. Given her father’s reputation in the entertainment industry, it is not surprising that Paige and her siblings decided to follow the path of acting. Her father, Ron Howard, is an American actor best known for his role as Opie Taylor in the cult sitcom The Andy Griffith Show. He is also known for directing Apollo 13, A Beautiful Mind, Da Vinci Code, Frost/Nixon, and Solo: A Star Wars Story.

ALSO READ: Who Is Mia Serafino? Her Biography, Height, Dad, Net Worth

In addition to her father’s career in Hollywood, her twin sister Jocelyn and her older sister Bryce Dallas Howard have also started a career as actresses. She also has a younger brother named Reed, who is also an actor. In addition, her famous father and siblings, her grandparents – Rance and Jean Speegle Howard – were also actors. Her grandmother Jean appeared in Married…With Children, Buffy The Vampire Slayer, and Grace Under Fire, among others, while her grandfather appeared in Cinderella Man, Nebraska, Apollo 13, Ed Wood, Chinatown, and Cool Hand Luke, among others.

It is not a hidden fact that Paige Howard’s parents are big supporters of the Democratic Party. Considering that her entire family is a supporter of the party, it is not surprising that Paige follows the same line. In 2016 she supported the presidential candidacy of Hilary Clinton.

The actress is a well-known animal lover. Proof of this is that she owns a domestic dog named Munchkin and that she is a vegetarian.

She was Named after Where She Was Conceived

Paige Howard was reportedly conceived in Carlyle, Illinois. This prompted her parents to give her the middle name Carlyle. According to other reports, her middle name comes from the Carlyle Hotel in New York.

All You Need To Know About Javier Solis – The Mexican...

Who is Sarah Shahi’s Husband – Steve Howey, Her Childhood and...

Rachel Ticotin Bio, Husband, Kids, Family, Net Worth, Where Is She...

Bryan Silva Wiki, Is He Gay? Check Out His Net Worth...