SwaggerSouls is an American YouTube star known for his game videos. He is also well known on other platforms and has a large fan base with his social media sites. If you have followed his YouTube videos, you will notice in most of them an avatar wearing a medieval battle helmet. His videos mostly consist of gameplay content and live-action skits. He is a high-ranking player on YouTube. A distinguishing feature in the YouTube gaming community is the fact that he basically plays with complete strangers.

SwaggerSouls was born on February 24, 1994. He is a citizen of the United States of America. Although everyone knows him as SwaggerSouls, his real name is Eric Vivian Matthews. He currently resides in the state of Idaho. This is where he runs all his YouTube gaming activities.

The SwaggerSouls YouTube channel went online in May 2015. However, one year later, in April 2016, he started publishing content on the channel. Since he started posting content there, over 2.7 million people have subscribed to his channel (as of March 2019). All his videos have a cumulative view of over 100 million, with “Dating Heyimbee in VRChat” having the highest view with 6.5 million in March 2019. 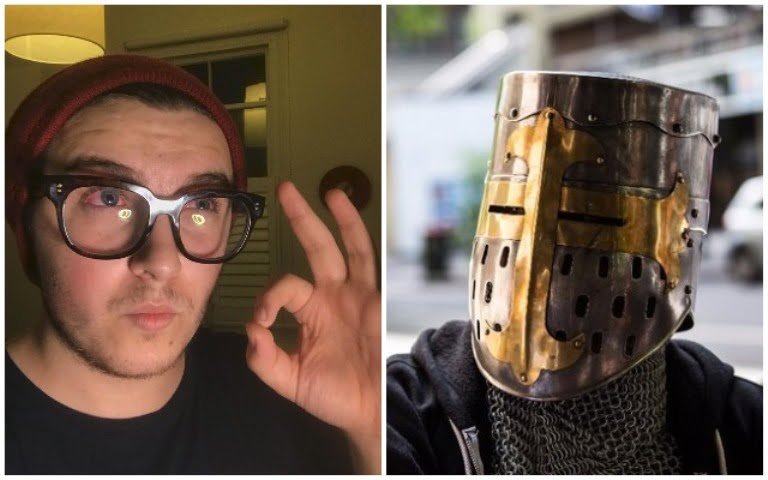 His popularity in social media is visible to all. On the social media platforms where he has been active, he is followed by a mammoth crowd. On Twitter, he has more than 358K followers, on Instagram 533K people follow him, while on Twitch he has more than 248K followers so far. His Facebook profile does not have that many followers. This is because he gives his birth name and rarely shows his videos there.

His rise to popularity was one he had planned and expected. It took him a year to turn the corner and start feeding his would-be followers exciting content on his YouTube channel. His very first video on YouTube was “Casual Shoutcasting! | CSGO”, where he played “Counter-Strike: Global Offensive”. Since he posted the video, it has received over 280,000 hits to date.

In case you’re surprised what it means to be a gamer on YouTube, here’s a little insight into what made SwaggerSouls very popular. In recent years, YouTube has grown a lot with game content. One of the most popular game content on YouTube is gameplay. The number of gameplay videos posted daily on YouTube is in the thousands. You can imagine how big the competition in this niche is. This means that it takes a high degree of exceptionality and creativity to stand out as a YouTube player and be truly successful. Among other things, the fact that SwaggerSouls plays with strangers makes him an exceptional player.

When it comes to his family life, little or nothing is known about it. He doesn’t talk about his family as much. He masters the art of hiding his identity. SwaggerSouls is heading for the other side of the 1920s, but it is not known whether he is dating or not.

ALSO READ: Redmercy Bio, Age, Girlfriend, Real Name, Where is He From?

His only known family is his fellow players on YouTube. He has bonded with them so much that most of his life revolves around playing on YouTube.

To celebrate with his YouTube family that he has reached the milestone of one million subscribers, he uploaded the facial recognition video in July 2018.

Who is Georgie Henley, What is Her Relationship With Skandar Keynes?

Who Is John Hein, Who Is his Wife? Relationship With Howard...

Who is Thomas James Burris and Where is He Now?

Who is Josh Allen? Here Are Facts About His Career, Net...

Leslie Stefanson: 6 Things to Know About the American Model

Who is Hannah Davis? Here’s Everything To Know About The American...

Who Is Heidi Russo? 6 Things You Should Know