Celeboid
Home Actresses Who Is Gunilla Hutton? Here Are 6 Quick Facts You Need To...

It is often said that it is easier to become famous than to remain famous. This is generally true, but for people like Gunilla Hutton, it is more true. It would be trivial to mention names, but if you look, you will find that many famous people left the limelight a long time ago, and we can’t even say what’s wrong with them at the moment.

Fortunately, some of these personalities have left an impression that has lasted over several generations and as such are still considered relevant and unforgotten. However, being famous does not last forever. Eventually, for one reason or another, celebrities gradually and sometimes quickly disappeared from the heart of a society that once could not have had enough of them.

It seldom matters whether the celebrities have become less famous because they have left their art form or because their performances are not as electrifying as they used to be; it is always disappointing and quite painful when a famous name is mentioned and meets empty looks. For this reason, we decided to remind this community from time to time of people like Gunilla Hutton. 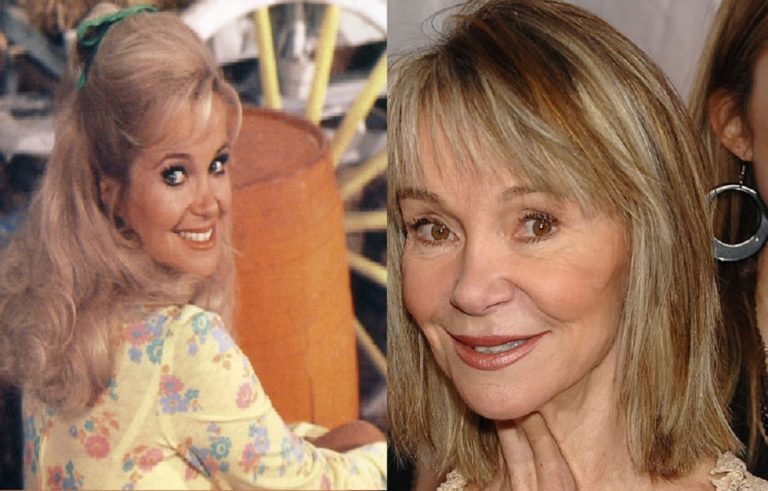 Who is Gunilla Hutton?

For those of you who have not completely forgotten who Gunilla Hutton is, it is very likely that you last noticed her in the 2015 MeTV commercials of Petticoat Junction – a sitcom series in which she starred between 1965 and 1966. She took the role of Billie Jo Bradley in the CBS series, which aired from 1963, from Jeannine Riley, who played the character from 1963 to 1965. Meredith MacRae later took over the role of Hutton and played it from 1966 to 1970, when the curtains were drawn on the sitcom.

The character of Billie Jo Bradley is probably the acting role for which Gunilla is best known. Nevertheless, you can find her in 1977’s Fantasy Island and in the country music television variety show Hee Haw.

Regardless, Gunilla Hutton is known to many, especially through her association with Nate King Cole, the popular American jazz musician who died in February 1965.

Quick Facts You Need to Know About Gunilla

1. Age and Place of Birth

As far as is known, Hutton was born on 15 May 1942. Her birthplace was in the second-largest city (Gothenburg) of the Scandinavian nation of Europe – Sweden.

2. She Came to America in Pursuit of a Career in Showbiz

Although there may be other unknown circumstances under which Gunilla Hutton came to the United States of America and found her home there, it is generally believed that she came to the country to realize her dream of a career in show business and the entertainment industry.

Although it is impossible to say exactly at what age Gunilla Hutton came to America, it is known that she came at a tender age and settled in Fort Worth, Texas. Therefore, the 16th largest city in the United States (Fort Worth) is widely regarded as her place of upbringing. In fact, she received her high school education from the city.

4. She Had a Dramatic Romantic Affair With Nat King Cole

In her heyday, she was not only an actress but also a singer. Through singing, she got to know and love the late, great jazz pianist and singer – Nat King Cole.

It is said that Gunilla Hutton was on tour with Nat in his stage show when he noticed her and fell madly in love with her. Even after he was hospitalized for lung cancer that eventually claimed his life, Nat never let go of his love for Hutton, who was 23 years younger than him.

Gunilla returned Nat’s love, which earned her the hostility of his wife Maria, and the drama that unfolded until Nat died was of great public interest.

5. Gunilla Hutton Was Once Married

Gunilla Hutton’s most famous romantic relationship was the one she had with Nat. Only a handful of people know that she was married to Allan Freeman. It is assumed that the marriage, which began in 1970, ended in 2014. However, this cannot be proven, as almost nothing is known about Allan Freeman. Gunilla has a daughter named Amber Vanderbilt, and it is generally believed that she and her brothers – Amber Erik and Christian Freeman – are descended from the relationship between Hutton and Allan.

The Swedish-born American singer and actress was very attractive when she was much younger. The details of her body measurements in her best years are unknown, but it is known that her height is about 5 feet 7 inches tall.

Brenda Song Bio, Net Worth, Is She Married, Who Is The...

Who is Jemima Kirke Husband? The Kids, Family Life, Tattoos and...

Tony Romo’s Ex-girlfriends And List Of Ladies He Has Dated In...