In the 1960s, the petite blonde actress Yvette Mimieux, who became famous through the film The Time Machine, was a much-discussed up-and-coming talent. There is also much to know about her career, personal affairs, and retirement.

Who Is Yvette Mimieux? Biography, Age

Yvette Mimieux is a retired American actress who was born on January 8, 1942, the daughter of a French father named Rene Mimieux and a Mexican mother, Carmen Montemayor, in Los Angeles, California, USA, where she spent most of her early life. Not much is known about her educational background, but it is common knowledge that she developed an interest in modeling and acting in her early years, but later focused on building a career as an actress. 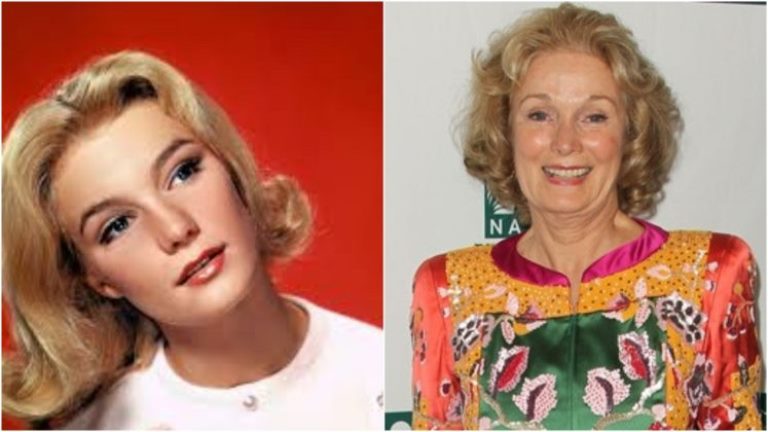 The actress made her first appearance in the 1960 film at Platinum High School under a contract she signed with Metro-Goldwyn-Mayer Studios Inc. (MGM). However, the film that launched her career was George Pal’s adaptation of the 1985 novel written by H. G. Wells entitled The Time Machine, in which she starred alongside actor Rod Taylor in the role of Weena. In the same year, she starred in the popular teen comedy Where the Boys Are, which was a box office success. She also appeared in the sitcoms Alcoa Presents One Step Beyond and Mr. Lucky. Two years later, MGM played the actress in the film Four Horsemen of the Apocalypse, which turned out to be a flop. Her appearance in the film The Light in the Piazza, in which she played a mentally handicapped girl, was also described as a financial disaster, as she suffered a huge loss despite the good praise from the film critics. Later that year she got a small role in the movie The Wonderful World of the Brothers Grimm, which also turned out to be a commercial disappointment.

ALSO READ: Who Is Gunilla Hutton? Here Are 6 Quick Facts You Need To Know

In 1963 Yvette starred in two films called Diamond Head and Toys in the Attic. She played a small role in the 1964 film Looking for Love and appeared in two episodes of the sitcom Dr. Kildare. The actress also got a role in the melodrama Joy in the Morning and The Reward. She is also known for the Disney comedy Monkeys, Go Home! from 1967, the heist movie The Caper of the Golden Bulls, and the MGM action movie Dark of the Sun. The actress also enjoyed great success in the film Three in the Attic and was given a female lead role in the 1970 action movie. She also had a leading role in the series The Deadliest Game, which aired between 1970 and 1971.

The talented retired actress is also known for her many roles in films, including her role as a stewardess in the 1972 MGM film Skyjacked, her role in the science fiction film The Neptune Factor, and her assassin role in the 1974 film Hit Lady, and in the 1975 film The Legend of Valentino she played the role of Rudolph Valentino’s wife, Natacha Rambova.

Yvette appeared in 1976 in the blockbuster movie Jackson County Jail alongside actor Tommy Lee, in which she played a woman who became a victim. She also starred in horror movies like the 1977 Snowbeast, Devil Dog: The Hell Hound in 1978, and Catastrophe on the Coast in 1979. She also starred in the 1979 Walt Disney film The Black Hole and starred in Circle of Power. She played a female stalker in the 1984 sitcom Obsessive Love, which she co-wrote and co-produced. After that, she starred in several other series, and her last movie was Lady Boss in 1992.

ALSO READ: Hideki Kamiya Biography – 5 fast Facts You Need To Know About Him

Quick Facts About The Former Actress

Who Is Haason Reddick, The NFL Linebacker? 6 Facts You Need...

Who Is Kelly Slater Dating? Here’s A List of Ex-Girlfriends He...

Marty Lagina Bio, Wife, Net Worth, Wiki, What Does He Do...

Omar Epps Bio, The Wife (Keisha), Net Worth, Is He related...