Celeboid
Home Actors Wilmer Valderrama’s Relationship Through The Years: Who Has He Dated?

Wilmer Valderrama is a well-known actor, singer, and producer, best known for his role as Fez in the hit sitcom The 70s Show. The actor is of Colombian and Venezuelan descent and was born on January 30, 1980, in Miami, Florida, the son of Sobeida and Balbino Valderrama.

The actor began his career at a young age with plays. He starred in many of them, including A Midsummer Night’s Dream and Rumors. He had his first film appearance in the movie “Summer Catch”. He is also a dubbing actor and lent his voice to the character of Manny in the children’s show Handy Manny (2006-2012).

He also appeared in From Dusk till Dawn: The Series, The Ranch, Grey’s Anatomy, Larry Crowne, Beauty Shop, Charming, Party Monster and was also the host of Yo Mamma on MTV.

Wilmer Valderrama has received many awards, including a prize for outstanding social activism, which he won in 2013. Because he was interested in music, the star released the song The Way I Fiesta on May 11, 2011. He also appeared in Nomad’s music video of Addicted to Love.

Wilmer Valderrama: Relationships Through The Years

Because Wilmer Valderrama is young, attractive, and successful, he has what it takes to attract some of the most desirable women in the industry. And it’s safe to say that he has definitely made good use of these qualities, as his dating history certainly speaks for itself. 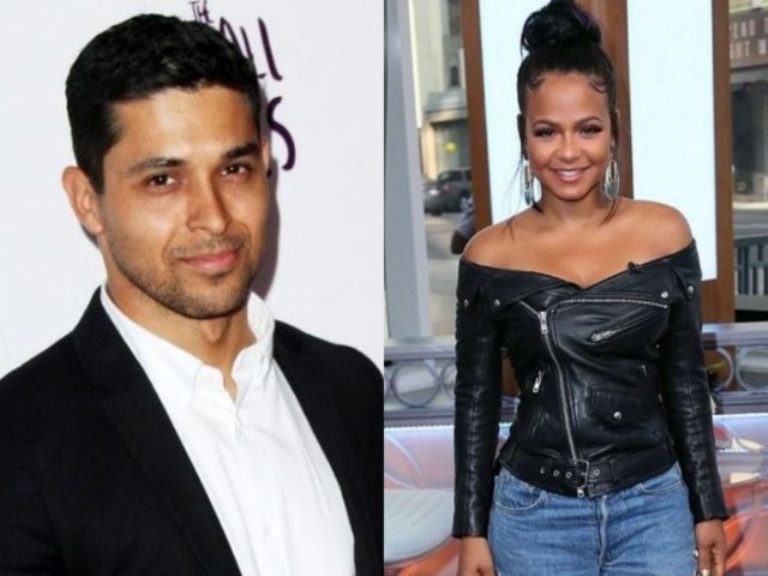 Wilmer Valderrama once had a relationship with Christina Milian. Wilmer, who was 18 years old at the time, is said to have dated the American singer for three months – from March to June 1998.

In 1999, the actor went out with Ariana Richards, an American actress best known for her role as Lex Murphy in Jurassic Park. The relationship lasted only one month and ended in February 1999.

Wilmer Valderrama’s next remarkable relationship was with actress Jennifer Love Hewitt, known for her roles in “Heartbreakers”, “Party Of Five”, “I Know What You Did Last Summer”, “The Ghost Whisperer” and “The Client List”.

To keep it in his profession Wilmer later went out with Mandy Moore, an American actress. The couple met on the set of a photoshoot in 2000. The relationship between the two went back and forth for years. Finally, the couple separated in 2002 after about two years together.

Wilmer Valderrama’s next relationship was with the American singer Ashlee Simpson. According to reports, the couple started dating in January 2005 and were together for almost a year. Ashlee then wrote a song, Boyfriend, which explains more of her time with Valderrama. The couple was separated in November 2005.

After Ashlee, the actor only came back into a public relationship when he met the musician Rihanna.

Rihanna is said to have met Wilmer in April 2009. This happened shortly after the abusive incident with Chris Brown. However, neither Rihanna nor Wilmer confirmed the relationship.

Valderrama also had a relationship with the Canadian singer Avril Lavigne, which began in October 2009. The duo didn’t seem to make any progress and after two months it went wrong.

Wilmer Valderrama went in and out with the singer Demi Lovato for many years. Wilmer met Demi Lovato in 2010 on the set of Voto Latino Presents: Be Counted Census and they became friends. Although Demi was in a relationship with Joe Jonas, she was still close to Wilmer.

ALSO READ: Everything You Need To Know About Josh Hartnett and All The Girls He Dated

Joe Jonas eventually broke up with Demi and the singer was reportedly undergoing treatment for her emotional and physical problems. Wilmer was very supportive at this point. They met constantly but preferred to keep their relationship private. After several ups and downs, their love story ended in June 2016.

Wilmer Valderrama was also with Minka Kelly for a while in 2012, but eventually, they broke up the relationship. The couple got back together years later and were seen on a dinner date in Hollywood. Sadly, they finally broke up on September 7, 2016.

The actor’s most recent relationship was with Chantel Jeffries, a model best known for dating Justin Bieber. But everything that followed between them began and ended in July 2017.

Who is Gina Carano and Her Husband or Boyfriend, What is...

Who is Cleo Rose Elliott? 6 Quick Facts About the Musician

Eugenie Boisfontaine Wiki, Husband And Ex-Husband, Who Killed Her?