Stone Phillips is a well-known television presenter, moderator, and correspondent, known primarily for his excellent and brilliant journalistic skills. He was the star of the NBC show called Dateline NBC as well as other famous television shows.

Prior to his journalistic career, Phillips worked as an assistant teacher of reading and mathematics at a juvenile detention center in Fulton County, Georgia. He began his journalistic career in 1980 as Assignment Editor for the ABC News Bureau in Washington D. C. He is one of the most highly acclaimed interview presenters and has won an Emmy Award for outstanding interviews.

Below you will find everything you need to know about the award-winning reporter, his biography, background, family, net worth, and other interesting facts about him.

Stone Phillips was born as Stone Stockton Phillips on December 2, 1954, in Texas in the United States. His father Victor Phillips is a chemical engineer, while his mother Grace Phillips worked as a school teacher. He is of Scottish ethnic origin and has American citizenship.

While growing up, Phillips attended Parkway West High School in Ballwin, Missouri, and he developed into an above-average student. After graduating, he enrolled at Yale University where he studied philosophy. During his high school years, he played football and was the starting quarterback for his school’s football team. Philips was also part of the Yale University team that called itself the Yale Bulldogs squad and won the Ivy League football competition in 1976. He received his bachelor’s degree in 1977 and was also honored with the F. Gordon Brown Award for outstanding academic and sporting achievement.

After graduating, Philips moved to Atlanta, Georgia, where he started his career. Initially, he worked as an assistant teacher of reading and math at a Fulton County juvenile detention center. Later he began working as a correspondent for a local NBC subsidiary called WXIA-TV, and after two years of working together, Phillips was hired by ABC News as a contract editor for their news office in Washington, D.C. He gradually climbed the ladder of journalism, covering stories in various parts of the world, including the Lebanon War and the exodus of Vietnamese boat people.

Subsequently, he was given a regular role as a contributor to ABC News magazine 20/20 and also appeared on such programs as Good Morning America and World News Sunday.

However, he left ABC in 1992, ending his 12 years of service. After leaving, he joined NBC News where he worked as a co-host with Jane Pauley on NBC show Dateline NBC. He later hosted several shows, including Weekend Magazine with Stone Phillips. He has conducted countless interviews with such notable personalities as Lynndie England, Jeffrey Dahmer, Boris Yeltsin, Benard Goetz, and others. Later he won an Emmy Award for an outstanding interview after his outstanding achievements. He appeared as a guest on October 17, 2005, episode and 2014 last episode of the Stephen Colbert Show, entitled The Colbert Report.

When we talk about his private life, Phillips is one of the few people who does not confuse his private life with his professional life. He has managed to find a balance between the two and thus keeps his private life at a low level. If you think that this talented reporter is not married, you are completely wrong. Phillips has been married for several years. He married his longtime lover Debra and they were together until today. Debra is both a photographer and a very talented artist who has won many awards for her outstanding sculptural work. However, the couple did not disclose to the media any information about their wedding, the wedding date, and the location of the wedding.

Stone and Debra have a son named Streeter Phillips, born in 1988. They also lost a little girl in 1995, just one day after her birth. The baby was reportedly born prematurely and could not survive. The loss affected the power couple so much that they are planning to adopt a child at a later age.

The couple leads a blissful married life and there is no news or signs of divorce yet. They currently live in New York. 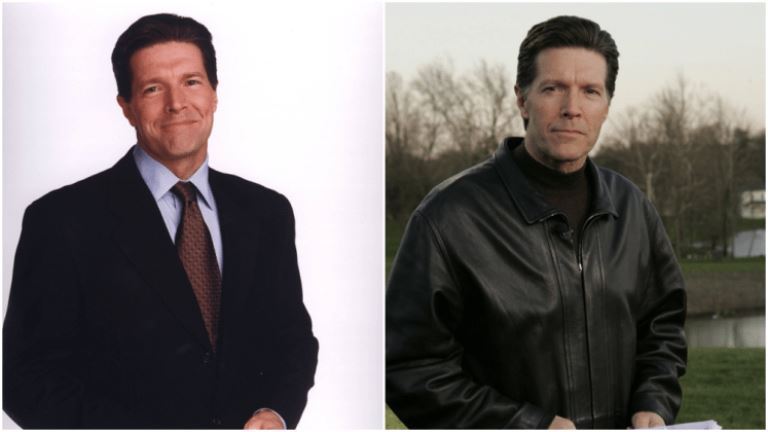 What Happened to Him?

The talented television presenter continued his soaring career as a journalist, and in July 2007 his long career with NBC came to an abrupt end when his $7 million contracts were not renewed by NBC. After his departure, Phillips became a contributing reporter for PBS NewsHour in 2012 and he also presented a report on the Golf Channel, the reports were centered on golf water consumption. Stone Phillips also began a documentary series called Moving with Grace, which has been aired on PBS stations since 2013.

Former NBC anchor Stone Phillips has had a successful career and accumulated a lot of wealth for himself. He currently lives a luxurious lifestyle with his family. His net worth has not yet been revealed but is said to be more than $15 million.

NBC newscasters are expected to receive an average salary of between $33,000 and $129,500 a year. Being a first-class reporter, he had a $7 million contract with NBC. We hope to update this story as soon as we have solid information on his net worth.

Who Is Jawun Evans? His Height, Weight, Body Measurements, Bio

Sarah Baska Bio, Age, Where Does She Live? Here Are The...

Alexandra King Biography, Family, Everything You Need To Know

Who is Josh Allen? Here Are Facts About His Career, Net...

Emily Alyn Lind Wiki, Age, Family, Is She Dating Anyone? Who...